Born of chaotic cultural crises in Latin America and the United States in the 1960s, liberation theology was a trans-American intellectual movement that sought to speak for those parts of society marginalized by modern politics and religion by virtue of race, class, or sex.

Led by such revolutionaries as the Peruvian Catholic priest Gustavo Gutiérrez, the African American theologian James Cone, or the feminists Mary Daly and Rosemary Radford Ruether, the liberation theology movement sought to bridge the gulf between the religious values of justice and equality and political pragmatism.

It combined theology with strands of radical politics, social theory, and the history and experience of subordinated groups to challenge the ideas that underwrite the hierarchical structures of an unjust society.

Since the 1960s, many liberation theologies have developed in different parts of the world, with an enormous variety of topics. Most of the approaches share a common perspective: drawing attention to situations of oppression, exclusion or marginalization, and support of processes of emancipation in which the respective oppressive structures are critically reflected and creatively overcome.

Liberation theologies analyze the oppressive situation and highlight the ways in which the local is inseparably intertwined into global structures and flows of knowledge. In the emancipation process, people question the self-evidence and validity of norms and discover spaces where a different life becomes possible.

The books suggested are chosen because they all work with this critical and creative dynamic. Each one of them represents a particular oppressed group and an innovative step in the field of liberation theologies.

The Cross and the Lynching Tree by James Cone 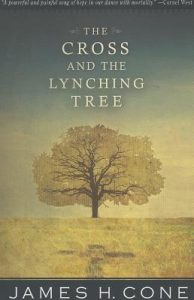 James Cone is the originator of Black liberation theology in a North American context. In his book, he draws attention to one of the darkest sides of American history: the mass lynching of black people by whites in the 19th and 20th centuries. As well, he sheds light on the ideological frameworks that made these murders possible and legitimated them.

Cone sensitizes for the psychic and cultural consequences of lynching terrorism and how the respective traumatic experiences are deeply entrenched in human souls and bodies so that they remain individually and collectively present until today. He brings the lynching tree in dialogue with the Cross and asks if and how redemption might be possible. The relation between cross and lynching tree remains paradoxical: it oscillates between the desire of redemption and the desire of revenge, between the sign of self-giving love and abyssal violence, between the experience of life and realities of death. The cross raises, again and again, the question of the (im-)possibility of justice and salvation.

In his interview on the Everything Is Spiritual podcast, the Rev. Terrance Thomas shares more about Black liberation theology and the legacy of James Cone.

The Power of the Poor in History by Gustavo Gutierrez 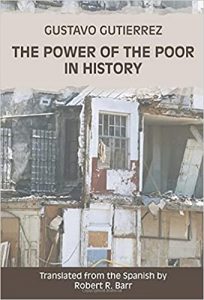 The Peruvian Dominican priest Gustavo Gutiérrez is often presented as the founding father of liberation theology, due to the fact that he was the first theologian who used the expression “theology of liberation” as a name for a new way of doing theology in South America in the 1960s.

But to call Gutiérrez the founding father is not completely correct, because of his own understanding that liberation theology is never a top-down endeavor, initiated by a leading intellectual figure, an academic or ecclesial hierarchy. On the contrary, liberation theology starts from the everyday people in their daily situations, and in particular from their experiences of suffering and oppression.

The poor people of Peru in the 1950s and 1960s were the concrete point of departure for his theological reflection. The central fruits of this work are brought together in the book over the course of eight essays, including two programmatic summaries of his approach and methodology (“The Historical Power of the Poor” and “Theology from the Underside of History”) and shows the impact of his theology in the church politics and ecclesiology in the South American 1970s and 1980s.

Sisters in the Wilderness: The Challenge of Womanist God-Talk by Delores S. Williams 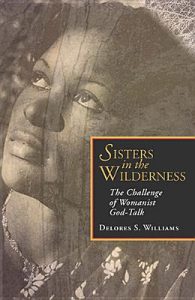 Delores Williams finds in the biblical figure of Hagar, mother of Ishmael, cast into the desert by Abraham and Sarah but protected by God, a prototype for the struggle of African-American women. African slave, homeless exile, surrogate mother, Hagar's story provides an image of survival and defiance appropriate to black women today.

Exploring all the themes inherent in Hagar's story (poverty and slavery, ethnicity and sexual exploitation, exile and encounters with God),  the book traces parallels in the history of African-American women from slavery to the present. A particular womanist theology emerges from this shared experience; specifically, from the interplay of oppressions on account of race, sex, and class.

Williams explores the relationship between womanist and black liberation theology, and womanist theology and the black church. Through the combination of social history, political theology, and literary criticism, Williams demonstrates how approaching theology consciously informed by the awareness of the identity of black women results in a rich and vibrant knowledge of the sacred. Writing from a Native American perspective, theologian George Tinker probes American Indian culture, its vast religious and cultural legacy, and its ambiguous relationship to the tradition-historic Christianity that colonized and converted it.

After five hundred years of conquest and social destruction, he says, any useful reflection must come to terms with the political state of Indian affairs and the political hopes and visions for recovering the health and well-being of Indian communities. Does Christian theology have a positive role to play?

Tinker's work offers an overview of contemporary native American culture and its perilous state. Critical of recent liberal and New Age co-opting of Native spiritual practices, Tinker also offers a critical corrective to liberation theology. He shows how Native insights into the Sacred Other and sacred space helpfully reconfigure traditional ideas of God, Jesus' notion of the reign of God, and our relation to the earth. From this basis, he offers proposals about cultural survival and identity, sustainability, and the endangered health of Native Americans. 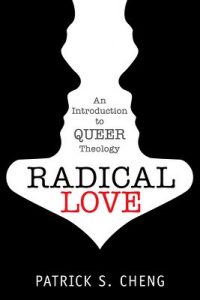 Part One provides a historical survey of how queer theology has developed from the 1950s to today. Part Two is an introduction to the themes of queer theology using the ecumenical creeds as a general framework. Topics include revelation, God, Trinity, creation, Jesus Christ, atonement, sin, grace, Holy Spirit, church, sacraments, and last things, as seen through the lenses of LGBT theologians.

Where can I get these books?

Several of the books are available in the Soul Care library.

We recommend Bookshop, an online bookstore committed to strengthening the fragile ecosystem and margins around bookselling and keeping local bookstores an integral part of our culture and communities.

Recent Episodes of the Everything is Spiritual Podcast